You are here: Home / Sports / Running back by committee at UNI 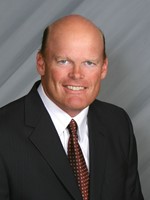 It will be running back by committee at the University of Northern Iowa where coach Mark Farley is preparing for his 15th season at the helm. The

Panthers have 14 starters back from last year’s team that finished 9-5 and made it to the FCS national playoffs.

UNI must replace All-American running back David Johnson. The Clinton native amassed more than two thousand yards of total offense as a senior.

“You’re not going to replace David. He was a great running back and a great teammate”, said Farley. “We have right now three candidates that I believe  can take that weight and carry it as a group.”

Not only are the new players adjusting to UNI but several new coaches as well. Farley has five new members of his staff this season.

The Panthers open the season at Iowa State on September fifth.