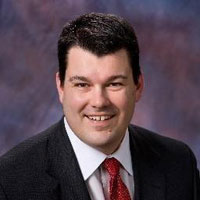 The “Draft Biden” effort has picked up the support of a state senator. Chaz Allen, a Democrat from Newton who was elected to the state senate in 2014, first met Joe Biden during the 2008 campaign.

“I was flying to DC and actually got on an airplane and sat next to him from Des Moines to Minneapolis,” Allen says, “and got on the next airplane and flew with him from Minneapolis to DC.”

Allen says he “formed a bond” with Biden as they talked for more than two hours about the closure of Maytag facilities in Newton and prospects for bringing new industry into the city. Allen has met face-to-face with Hillary Clinton and Martin O’Malley over the past few months as they’ve sought Allen’s endorsement, but Allen has decided to join the call for Biden to get into the race.

“He works with everybody,” Allen says. “If you notice, when things need to go through the senate, they send Joe Biden to work with folks to get things done. That’s the thing that stands out to me.”

Biden has admitted publicly that he is wrestling with the decision since his oldest son died this summer and Biden has said he doesn’t know if his family is emotionally capable of the demands of a campaign. Allen sympathizes with Biden’s predicament because his own brother died four years ago.

“That takes a while to get over,” Allen says. “I know those personal struggles. He’s got to wrestle with that and come up with the best decision for himself and his family. I get that.”

Allen, who served eight years as Newton’s mayor, was a registered independent in 2008 and did not participate in the Iowa Democratic Party’s Caucuses that year. Allen is among 13 current and former members of the Iowa legislature who have signed on to the effort to try to push Biden toward a presidential run.