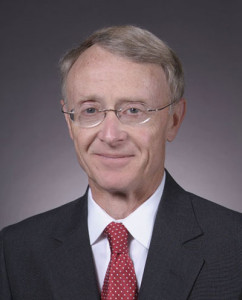 ISU spokesman John McCarroll says 27 institutions took part in the survey. “I think one of the things we would take away from it after an initial scan — the students seem to be confident that after a complaint is filed — number one, the university will take it seriously. Number two, do something about it,” McCarroll says.

A little more than 29 percent of ISU students say they are knowledgeable about university definitions of sexual assault and sexual misconduct, and 34 percent said they knew where to seek help in such cases. The survey found around 70 percent of students took action to get the victim help if they suspected a friend had been sexually assaulted. Nearly 40 percent said they had witnessed a drunken person “heading for a sexual encounter,” but 75.8 percent said they took no action. About 10 percent said they directly intervened.

“One of the concerns I think we have from the results is that we are still finding students who don’t think the problem is serious enough to report , even when they are aware of an incident,” McCarroll says. “And we really want to change that way of thinking.” He says the university has many ongoing programs to educated students about sexual assault and what they can do.

“We have mandatory online training when new students come to the university. We also have the mandatory training for faculty and staff. We did quite a bit of advertising last spring to encourage students to take part in this survey. And we do a number of public safety messages throughout the year to remind them of their responsibility as individuals to help have a safe and secure campus,” according to McCarroll.

McCarroll says the survey should provide additional help in making people aware of the issue as he says ISU’s president sent out an email to all faculty, staff and students to let them know the results of the survey are available for them to look them over. “We will be reviewing these results in great detail and making decisions whether changes need to be made in our policies, the procedures and the programs we have. So, quite a bit of examination yet to come,” McCarroll says.

McCarroll says it’s important to note the survey was designed by professionals. “So all the 27 universities taking part, their students were answering the same questions in the same format. So, you can look at it truly as an independent research tool, and we think it is going to be very helpful,” McCarroll says. You can see the survey results on the Association of American Universities website.

The University of Iowa is also a part of the AAU, but a spokesperson says they’ve decided to conduct their own survey this fall.