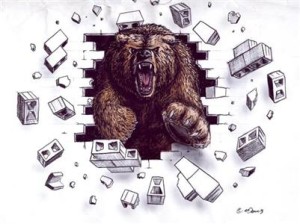 BGM coach Jerod Burns says it is nice for the players to get the recognition but he does not put any stock in the ratings.

After Audubon and Gladbrook-Reinbeck suffered losses a week ago the Bears moved to the top of the Radio Iowa Poll in class A but Burns is more concerned about getting his team ready for a District 7 game at GMG (Garwin).

“I can tell you right now we are not the number one team in the state and we have a lot of things we need to get better at”, said Burns. “The people that do those ratings a lot of times they never even watch you play. I can’t see that without going and watching a team play putting them at the top of the poll.”

The Bears have averaged 441 yards and just over 52 points per game in a 4-0 start but Burns says the toughest portion of their schedule lies ahead.

After the game against GMG, BGM will close out the regular season against Lynnville-Sully, Belle Plaine, Colfax-Mingo and Montezuma. Those four teams are a combined 11-5 heading into Friday night’s action.

Chris Varney from KGRN contributed to this story