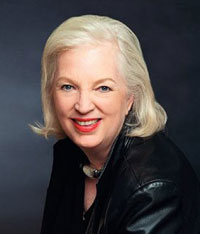 One of America’s most prolific and best-selling mystery writers will be in central Iowa this week to promote her latest novel, with more than 50 books now in print.

During her national book tour, J.A. Jance says she’s getting glowing reviews from fans on her new book, “Dance of the Bones,” which combines two of her popular storylines by pairing two familiar protagonists. If you attend her book-signing event, don’t expect her to read a chapter, as some authors do.

“I do not do readings at readings, I do talkings at readings,” Jance says. “I try to give people an idea of who I am, where I came from, how I came to write the books I write. I also like to give them some insights into the background of the current book, things they may not be able to discern, just from reading the words on the page.”

Fans of her earlier books will find Seattle detective J.P. Beaumont and Arizona sheriff Brandon Walker teaming up for the first time in the new novel. Jance will turn 71 next month and has been writing two novels a year for more than a decade. She found her calling later in life, first working as a teacher, a librarian and a life insurance saleswoman before finally pursuing her dream as a writer. 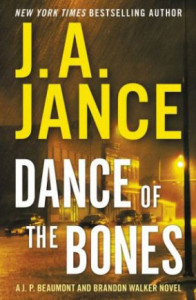 Jance says she knew she wanted to be a novelist when she was a second-grader, but she wasn’t published until 1982, when she was in her late 30s. “I was not allowed in the creative writing program at the University of Arizona in 1964 because, as the professor told me, I was a girl, so it’s pretty remarkable to have 51 books out,” Jance says, laughing. “I write murder-mysteries, so I usually start with somebody dead and then I spend the rest of the book trying to figure out who killed that person and how come.”

Jance was born in South Dakota and raised in Arizona and now has homes both in Arizona and Seattle, Washington. She considers herself both a Midwestern gal and a Southwesterner. “My stories and my life are firmly rooted in my Midwestern roots because that was the way my parents raised me,” Jance says. “We may have been geographically in Arizona, but it was definitely their values that were instilled in me as I grew up.”

Jance will appear on Thursday at 5:30 P.M. at the Central Library in Des Moines, her only Iowa stop on this tour. She’ll also do a talk and signing at the Omaha Public Library’s branch in Millard on Friday at 6 P.M. Learn more at www.jajance.com.