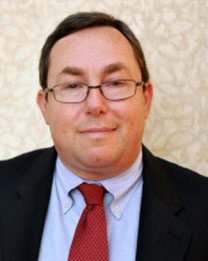 American Civil Liberties Union of Iowa executive director Jeremy Rosen says Governor Terry Branstad has taken the wrong approach in dealing with the Syrian refugees. Branstad ordered state agencies Monday to halt an resettlement of the refugees in the state.

“Well this approach is really inconsistent with the approach that Iowa has taken for the better part of 40 years going back to Governor Ray, who displayed an open and welcoming approach to refugees,” Rosen says. “We really think that’s the approach that Iowans support, and so we were surprised and disappointed by the governor’s action.”

Rosen says there is a very “establish and careful” process for bringing refugees into the country. “There are background checks, there are biometric tests to check and see whether anybody shows up an any kind of terrorist or other government watch list. There are medical screenings, there are in-person interviews with the Department of Homeland Security,” Rosen says.

The governor told reporters he is concerned following the terrorist attacks in Paris and said “I don’t want people coming here without a very careful vetting to make sure that they could have been radicalized or been part of an ISIS operation.”

Rosen says the federal government’s process does exactly what the governor wants. “The governor should really be familiar with that process and should understand that the federal government is very carefully vetting any refugees before they are resettled,” Rosen says. “I would still say that we were surprised to hear him express concern with a process that he should really be quite familiar with.” Rosen says the governor is the voice on a lot of issues for Iowans, and his approach in this situation has made concerns over the Syrian refugees worse.

“It is unfortunate that instead of putting out a well-reasoned, common sense message, he instead chose to engage in fear mongering,” Rosen says. He says the Syrian refugees are fleeing terrorism in their home country and politicians should not falsely link the tragedy in Paris with the settlement of Syrian refugees in the United States. Rosen says the governor should reconsider his decision to try and block the resettlement of these refugees in Iowa.