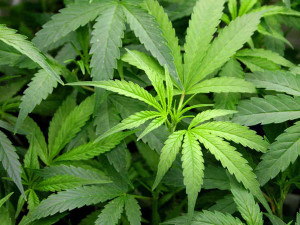 Members of the Omaha Tribe are moving ahead with a feasibility study on a proposed marijuana-growing operation in western Iowa that would provide pot for medical, industrial and recreational uses.

Tribal members have voted on three referendums now giving the Tribal Council the authority to legalize marijuana on the reservation in northeast Nebraska.

Chairman Vernon Miller says input from tribal members was vital. “We needed to really gauge the opinions of the Omaha Tribal members,” Miller says. “We didn’t want to take action without their approval and their opinion. They are pretty controversial issues. We posed those questions to the people and they voted on all three and supported all three.”

Miller says the Tribal Council will take the time to research what’s viable. “Recreational is the most controversial from a legal standpoint so we really need to weigh what’s going to be most feasible at this time…dealing with law enforcement agencies as well as U.S. Attorneys from both Nebraska and Iowa,” Miller says. “That’s something we’re really going to have to weigh after the feasibility study is done, what’s going to be something that we can really effectively do here.”

Miller says generating cash for the tribal community is the biggest priority. “Is it something that’s going to require the least amount of investment but that’s going to provide the biggest ROI, return on investment,” Miller says. “That’s the only reason we’re really pursuing the profit aspect of it, to generate some revenue. My community has a 69% unemployment rate. We have no jobs. Being a sovereign nation, we’re going to take that sovereignty and provide for ourselves.”

Miller says the tribe will work to ensure that any plan would not violate federal or state laws. The proposal would allow for the creation of the crop on tribal land in western Iowa’s Monona County. For more than 20 years, the tribe has operated a casino there, near Onawa, with Las Vegas-style gambling.