You are here: Home / Sports / Shot clock is no concern for high-scoring Briar Cliff 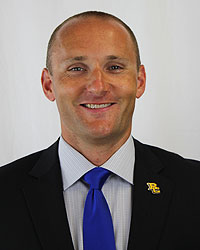 The shot clock in college basketball was shortened this season to 30 seconds but the Briar Cliff men have not even noticed.

Off to a 9-2 start the Chargers are second in the country in scoring by averaging just over 100 points per game.

Briar Cliff coach Nic Nelson says a fast paced style is perfect for a team that is guard heavy.

“Everybody made a big deal about the 30 second shot clock in men’s basketball and in 11 games the shot clock never even gets close to ten most of the times”, said Nelson. “That has not even come into play for us”

Nelson doubts the shot clock will be a factor in their next game this Saturday at Nebraska Wesleyan. The Prairie Wolves average just over 99 points per game.