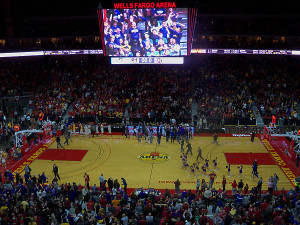 It’s labeled the Big Four Classic, and the game between Northern Iowa and Iowa State lived up to the classic status as the Panthers held off a furious late rally to upset the second-ranked Cyclones 81-79.

Iowa State had the ball with 15 seconds left under their own basket trailing by one. They ran a play to Georges Niang, but Niang slipped and fell and turned the ball over. Wes Washpun was fouled and made one free throw to up the lead to two, and Monte Morris then missed a shot at the buzzer to end the game. 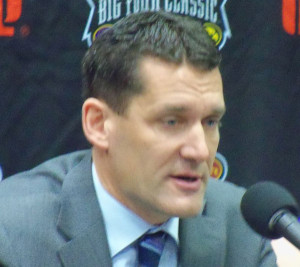 “It was just a great game to be a part of, obviously really proud of our guys and our team. We had to hold off one of the three or four top teams in the country,” Panther coach Ben Jacobson says.

It’s the second win of the season for the Panthers over a top five team after earlier upsetting then top-ranked North Carolina. Jacobson says the team does seem to rise up to the challenge of playing top teams, but says they haven’t peaked yet.

“I’m gonna turn into coach here, I’d like to see us get more consistent with what we are doing, defensively and rebounding and keep bringing our team along. And I think we’ve got a lot ahead of us still we can get a lot better,” Jacobson says. “…sometimes as a team you don’t necessarily have the ability to rise up and do what we did tonight, but the guys on this team do, and that says a lot about them.”

Washpun finished with 28 points as was asked to compare the upset win over North Carolina, to the win over the Cyclones. “Every team is different and there are a lot of good teams in the country — and this team is one of them and Carolina is one of them as well — you’ve just got to believe in your preparation and believe that you can make games like that happen, and make wins like this happen, and I think that’s the biggest difference,” Washpun says.

Wasphun says beating the Cyclones has its own meaning. He says it was a “little extra special” after having a lead in their last game against I-S-U and losing. Washpun says they got together and decided they weren’t going to let it happen again. Panther Paul Jesperson says there’s a reason why they play so well against the top teams.

“I think everybody on our team is fearless, I think that is a big part of it,” Jesperson says. “Nobody is going to back down from anybody we are going to play, whether they are number one or we’re going and playing in a very tough environment. Nobody is afraid of any team we are going to play. I think that goes a long ways when you are on the road and playing a very talented team like Iowa State.” Jesperson hit 7 three-pointers as U-N-I hit 13 of 22 three-point shots overall and made 58 percent of all their shots from the floor. 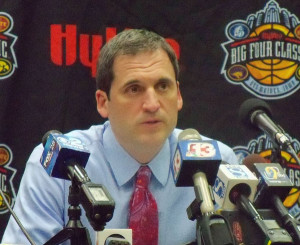 ISU coach Steve Prohm says they need to improve some things, including their defense. “We’ve all got to get better, that’s just part of the process. We are ten games in and we’re 9-1, got beat by a good basketball team,” Prohm says “Defensively in the first half our ball screen coverage wasn’t good, we did a better job in the second half and held them to 35 points and put ourselves in a position to win.”

Niang agreed with his coach about the need to improve defensively. “Obviously it wasn’t acceptable…that’s something we are working on and looking to adjust. Obviously we can’t let a team shoot 58 percent from the field and expect to win,” Niang says. Niang led all scorers with 30 points, and Prohm says his slip and turnover late was just something that happened. 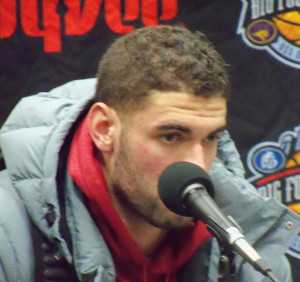 Prohm says Niang is a great player who wanted the ball and says he would have done the same thing again late in the game in getting him the ball in the middle of the floor for a drive. He says Ninag’s slip and fall was “just an unfortunate situation.”

Niang and the other Cyclones were down after the loss and Prohm was asked how he gets them to overcome that for the next game. “I’m down too, but come tomorrow we’ve got to get ready for Cincinnati. We’ve got to get Iowa State better because it’s always about the next game. We’ll go there and it’s going to be a very hostile environment, and that’s good for us because we haven’t played a true road game yet,” according to Prohm.

The Cyclones play Cincinnati on Tuesday. The Panthers move to 7-3 on the season and will play at Hawaii in the Diamond Head Classic in Honolulu on Wednesday.