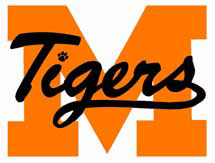 The town of Madrid is mourning the loss of legendary high school football coach Randy Hinkel. He died Sunday at age 58.

Hinkel coached Madrid football for 29 seasons which included making the playoffs in 25 out of the last 26 seasons. His football teams won a state title in 1991 and were runnerup 7 times. He had an overall record of 316-82, becoming the 11th coach in state history to reach the 300-win plateau.