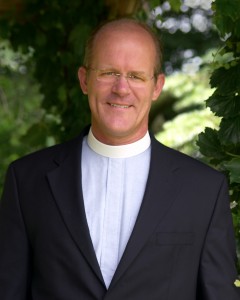 An eastern Iowa minister will soon take charge of what’s called “The Flagship Journal of Protestant Thinking in America.” Pastor Peter Marty will become the publisher of Christian Century magazine on February 1st.

Now senior pastor of St. Paul Lutheran Church in Davenport, Marty has been a reader and contributor to the bi-weekly magazine during his 30 years in the ministry. He calls it a key source of religious news and commentary.

“It’s the one that published the letter from the Birmingham Jail by Martin Luther King,” Marty says. “It’s the journal that stood up to the Japanese internment camps in the second World War. It’s had a provocative voice over time and I anticipate that to continue.”

As publisher of the Chicago-based magazine with about 40,000 subscribers, Marty will also be in charge of fundraising and insuring the publication’s financial health.

“I also will look for a chance to engage in younger readers, we need more younger readers,” he says. “I don’t know what the median age is now of our readership but it’s too old for trying to reach the next generation.”

Marty plans to continue as senior pastor in the Quad Cities, but add bi-weekly commuting to Chicago, to his workload.

“It actually complements the ministry greatly,” he says. “This church is my calling. I’m a pastor at heart. I love what St. Paul Lutheran is able to do in this community and in the wider world. It’s fun being a regional place of faith where people come from 75 or 78 different ZIP codes every Sunday.”

Marty says Christian Century has a staff of 15 and publishes articles by pastors, poets, politicians, scientists, and many others.