You are here: Home / Crime / Courts / Lacona residents to rally for neighbor, friend 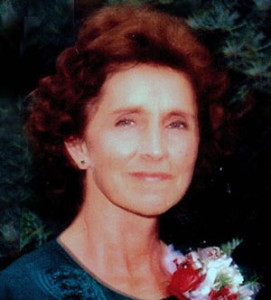 Residents of a small south-central Iowa town plan to gather on the Marion County Courthouse lawn this  afternoon as a show of support for woman who was shot to death in her home nearly seven months ago. Shirley Carter was 68.

Matt Russell of rural Lacona , Shirley’s neighbor, helped organize today’s event. “As of now, no one has been charged. The case is still open. We’re just coming together to remember Shirley and acknowledge the fact that we’re waiting for justice,” Russell said.

The “Gathering for Supportive Justice for Shirley Carter” is scheduled for 3 p.m. in Knoxville. Shirley and her husband, Bill, raised three children together and were married 52 years.

“We all want justice to be served and we want to remember Shirley,” Russell said. “She was the epitome of a wife, a mother, a neighbor, and a farmer. She is greatly missed.” The Iowa DCI has not filed any criminal charges in the case or identified any suspects. Shirley’s husband, Bill, however is convinced his youngest son pulled the trigger.

Bill Carter hired a private investigator and earlier this month, filed a wrongful death lawsuit against his son, Jason Carter.