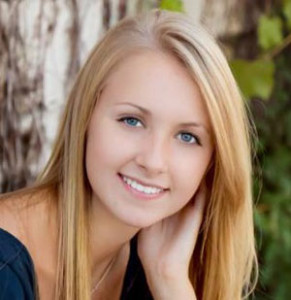 Ames police have charged a bus driver in the death of an Iowa State student who was struck and killed in a crosswalk in December.

Police found 18-year-old Emmalee Jacobs, a student from Urbana, lying in the road on December 14th around 7 A.M. Jacobs later died at the Ames hospital.

“Two weeks ago today we were alerted by Cyride that they had been reviewing video and found a concerning video from a bus that was on a route near Lincolnway and Ash on the morning that Emmalee was struck and killed,” Tuttle says. He says Clague was the driver and is charged with a felony count of leaving the scene of an accident resulting in death and failure to obey a traffic control device.

Tuttle says there could have been several things involved in the accident, but the most important thing is Clague didn’t report it. He says weather was a factor as it was raining and there was a lot of glare from the lights that morning. “Again, at some point we believe he knew he struck her and he did not come forward and that is why we have charged him with the charges that we have,” Tuttle says. He says they are still asking anyone who may’ve been in the area on that December morning to come forward and let them know.

Tuttle says, “If there are other witnesses or students who could have been on his bus route later that morning — maybe they know him and saw changes in his behavior — or anyone else now that we know a Cy-Ride bus was involved that could have witnessed it, we want them to give us a phone call.”

It has taken more than a month to bring charges in Jacobs’ death, and Tuttle says it has taken a lot of hours of investigation, but they are glad to be able to find the person responsible. “It is bitter sweet you know in a way, because we are happy to be able to identify who struck her, but it certainly doesn’t bring Emmalee back,” Tuttle says. “And so, we certainly feel for what the family is going through.”