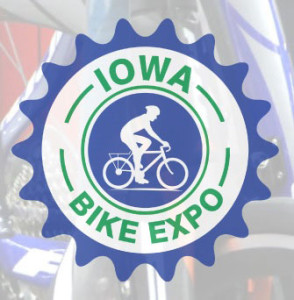 The winter weather isn’t exactly bicycle-friendly, but thousands of Iowans who love getting around on two wheels are headed for central Iowa this weekend.

“It starts off with the Iowa Bicycle Summit which is our educational conference,” Wyatt says. “We teach engineers and city planners and officials how to build better bicycle facilities.”

The big event is Saturday with the Iowa Bike Expo, a mixture of displays, live music, fashion shows of cycling clothing and more. Admission is free.

“This is about 130 vendors, all talking about bicycles and gear and destinations and events for bicycling,” Wyatt says. “There’s about 5,000 or so people that show up and it should be a fantastic time to figure out where your summer vacation is going to happen by bicycle.” Among the contests underway, there will be the Best of Iowa Bicycling as attendees vote on the Best Trail, Best Bike Store, Best Bar and more.

This 5th annual expo is being held at the Iowa Events Center in Des Moines and Wyatt says it’s grown in popularity each year. “Bicycling is just the hot thing to do,” Wyatt says. “In Iowa, we have a blessing of all of these rail trails and places to ride. It certainly helps people come out and enjoy bicycling and getting outside.” The expo concludes on Saturday night with the RAGBRAI Route Announcement Party, where the eight overnight stops for the 2016 bicycle ride across Iowa are revealed.

That event is also a fundraiser for the Iowa Bicycle Coalition.