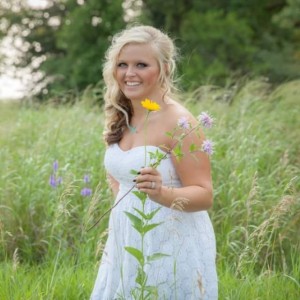 A young woman from western Iowa who was killed in an accident last year is serving as the inspiration for a blood drive today.

Katie Marshall, with the Red Cross, says the event in Moorhead, Iowa was organized by friends of 18-year-old McKenzie Cummins. “McKenzie was unfortunately killed in a car accident in August, just a couple of weeks before she was set to start college,” Marshall said. “We are holding a blood drive in her honor and we’re asking anybody who has never given blood before to maybe find a blood drive in your area and think of McKenzie.”

Cummins, a 2015 graduate of West Monona High School, was a cheerleader, student council president, and a talented artist. She had plans to attend Wayne State.

Cummins was also an avid blood donor. “She had donated blood 16 times. So, from the time that she turned 16, she was an avid donor — giving about every 56 days, which is how often you’re eligible,” Marshall said.

McKenzie’s dad, Robert Cummins, described his daughter as “everything a father would want in a child.” He added, “She was hardworking, caring, compassionate and always helping anyone in need.”

Today’s blood drive at the Moorhead Community Center runs from 8 a.m. to 1 p.m.