You are here: Home / News / January 2016 weather ends up close to normal 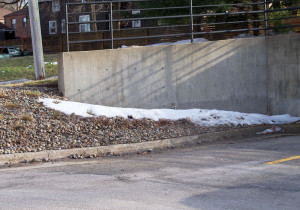 Warmer weather melted much of the snow that fell in January.

The first month of 2016 ended up pretty average when it comes to the weather. State climatologist Harry Hillaker tallied the numbers.

“About three-quarters of a degree warmer than a typical January,” Hillaker says. “And on the precipitation end of things…about one-third less precipitation than usual. and much of what we did have came in the form of rain rather than snow. So it was a rather non-snowy January as far as January’s go.”

He says there weren’t many days where the temperature was way above of well below the average of around 20 degrees.

“Keosauqua had the highest temperature in the state during the month. They got to 55 degrees back on the 14th of January. We did have temperatures in the low 50’s actually the last three days of January, not quite up to 55 though during the tail end of the month, “Hillaker says. “On the cold extreme, the Spencer Airport got down to minus 21 degrees back on the 17th. They also had the lowest wind chill of the month — the same day — the wind chill down to minus 42 degrees.”

Hillaker says the relatively warm days meant that about half of the state likely saw more grass than snow in their yards. “We had a lot of very minor snow events throughout the month, a lot of just a few dustings here and there. And despite not having much snow and really not much prolonged cold, most of the northern half of Iowa did manage to keep some snow cover on the ground,” according to Hillaker.

Hillaker says the projected snowstorm could get February off to an above normal start for snowfall.