You are here: Home / News / Survey finds many Iowans don’t use their vacation time 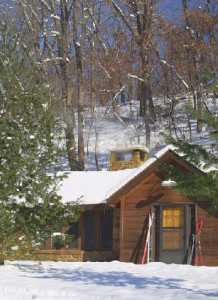 Iowans are known for having a good work ethic but a new survey shows two in five of us didn’t take a single vacation day in all of last year.

The report also found people who live in rural areas are less likely to take vacation than those in urban areas.

Business consultant Daren Martin says that mindset may be seen by some as noble but it needs to shift for the sake of the businesses and the employees.

Martin says, “Those people probably did not perform as well as they could have for themselves or for their company by neglecting vacation.” Martin, who calls himself a consultant, coach and culture architect, says people think of themselves as more dedicated workers if they skip taking vacations, that, or they’re scared to leave.

“A lot of people think it’s a badge of honor to not take time off, they think that makes them a stellar employee,” Martin says. “For a lot of people in today’s environment, it’s also a fear factor.” If you tell your boss you’re going to be out next week, the boss may reply, “I wish I could take time off,” which Martin says is a way of “shaming” employees for daring to take what’s due.

Martin says it’s often the employer that discourages workers from using that much-needed time off, as he says some managers just don’t get the importance of vacation.

“The typical U.S. company has a 29% engagement rate which means there’s a lot of zombie employees walking the hallways,” Martin says. “This is one of the reasons for that. There’s this work, work, work, work mentality and nobody performs well under that kind of environment.”

The survey shows those who took the least amount of vacation time live in rural areas and women take less time off then men.