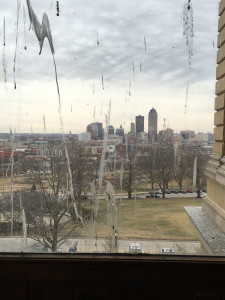 A legislator is asking state officials what they plan to do about the “doo doo” that’s plastered all over the state capitol.

There are a number of four-letter words involved. Here are two: bird poop.

“The reason why we have a crow problem up here at the capitol now is because Des Moines, which had a crow problem, contracted with the USDA to remove the crows from downtown and so, removing them, they went somewhere else,” says Representative Quentin Stanerson, a Republican from Center Point. 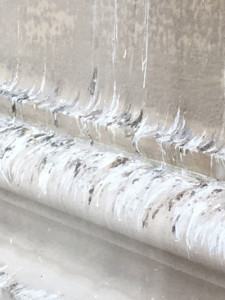 Stanerson says the strafing is particularly bad on the west side of the capitol.

“You look out the window and you look downtown, a beautiful view here, and it’s obscured by just a blanket of bird poop,” he says.

Many of the people who exit the building at night walk under a tree canopy — and worry about getting plastered on the way.

“The crows are here and they’re here every night. They sit in the trees right across the way and they just wait until the evening to come over and do their business,” Stanerson says. “…I don’t know, there could be some health concerns here with all these bird droppings.” 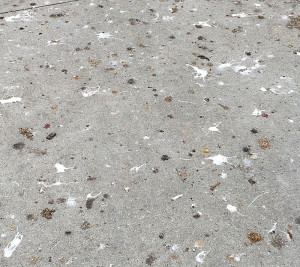 It’s not pleasant when the crows are around. “It’s like an eerie movie, you know,” Stanerson says.

And you know which one: Alfred Hitchcock’s 1963 classic thriller, “The Birds”.

Stanerson says you can’t just wait ’til the rain washes the residue away because it has rained and the doo doo has stuck around. 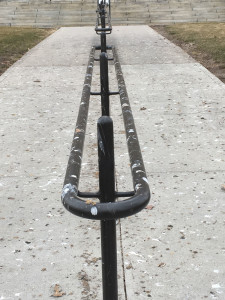 “This is a beautiful building. It’s the people’s house and you want to show it off and this isn’t right,” Stanerson says.

He says it will take elbow grease to scrub things up so the capitol looks spiffy this summer when the nation’s governors meet in Des Moines.