You are here: Home / Education / Just one school remains to get approval for the new teacher leadership program 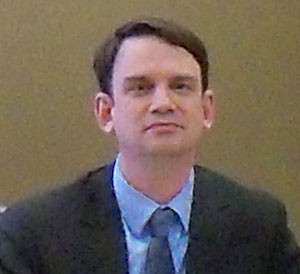 The Iowa Department of Education says there’s now just one school which hasn’t qualified for the program that pays extra money to teachers who take over a mentoring role for their less experienced co-workers.

Department of Education Director Ryan Wise says a new group of 38 districts has now qualified for the Teacher Leadership and Compensation System. “This will be the third and final wave of schools that will come in, and they’ll. begin implementing their plan in the fall of this year,” Wise says.

So, 332 of the 333 districts have plans in place, with Riceville still working on getting approval to become the final school district to pass the test. The plan was to have one third of the students be in districts that were give TLC plan approval each year for three years until it was fully implemented.

A commission reviews each district’s plan before giving approval. “We’ve seen the commission take a really close look at budgets in particular. So, really ensuring that districts have a clear vision for what they want to accomplish through TLC,” according to Wise. “They have clear roles for their teach leaders to take on, and goals that they want to accomplish, and then that they plan to spend their money in ways that are tied to those roles, goals and their overarching vision.”

The Iowa Legislature has allocated 50 million dollars for each of the three years of implementation of the program. “So after this year, that 150 million dollars will have rolled into the funding formula for all districts as a categorical funding stream,” Wise explains.”Which means they need to use that funding in their funding formula for the purposes of . And then because it is a categorical, it would be subject an annual increase…which would be set annually by the legislature.”

Wise says the Department of Education checks up to see that the districts have worked to reach the goals set out in their plans. “Of the first 39 districts, those districts mostly or fully met about three quarters of the goals they set out. So, we are very encouraged by the initial results from a district prospective of what they hoped TLC would accomplish,” Wise says. Wise doesn’t hold back when talking about seeing all the schools getting involved.

“When you talk about more than 8,000 thousand teachers taking on formalized leadership roles — and the potential that has for improving instruction in every classroom, every day — is just incredibly exciting. I spend a lot of time in schools and we are already starting to see an impact with TLC, and I only thing that will grow over time,” Wise says.

Along with the vision and goals districts must set their plans, they must also set a minimum teacher salary of $33,500 for teachers.