You are here: Home / News / ‘The Book Thief’ author to stop in Iowa on 10th anniversary tour (audio) 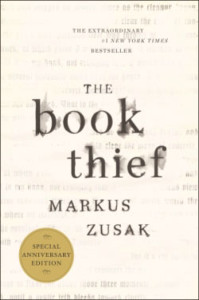 The author of “The Book Thief,” one of the most popular novels of the past decade, will be in eastern Iowa this weekend, marking the release of a special tenth anniversary edition of his book.

Markus Zusak lives in Australia, but his mother is originally from Germany and his father is from Austria, which helped to lay the foundation for the book that sold 10 million copies in 30 languages.

“My mom and dad were great storytellers and they had a lot of great stories and when you bring those two things together, it’s a great piece of luck if you ever want to be a writer,” Zusak says. “I grew up hearing stories about cities that were on fire while the ground was covered in ice and stories about kids who didn’t want to go to the Hitler Youth program.”

He also heard tales about kids who grew up leading relatively normal lives in the midst of the chaos and slaughter of war. “The Book Thief” follows the story of a fictional foster girl living near Munich, Germany, in 1939 and her irresistible urge to steal — and read — books, as the Nazis are burning them. While the novel spent an incredible 230 weeks on the New York Times best-seller list, Zusak says he was filled with doubts as he was writing it.

“After a while, I just thought, ‘God, no one’s going to read this,'” Zusak says. “I’ve got a book set in Nazi Germany, it’s narrated by Death, nearly everyone dies. Can you imagine recommending that to your friends? And saying, ‘Yeah, it’s 560 pages long. You’ll love it.’ So I just started writing as if no one was going to read it.”

The book was created to target the young adult audience but won a wide, global following with readers of all ages. It’s one of this year’s picks for the Community Reads program in Cedar Rapids. As an author, Zusak says you underestimate the young reader at your own peril. 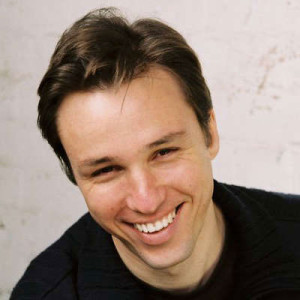 “We need books for teenagers that say this book, it’s for you, it’s in your voice, it’s about you,” Zusak says. “We’ve also got to give them books that say this is also for you, but you’ve got to come up here to read it. I think they’re more than ready for that and they want those sort of challenges as well.”

Released in 2006, “The Book Thief” was Zusak’s fifth book over the course of seven years. It’s been out for a decade with no new books from him in the years since. The 40-year-old says he’s nearly finished with a new book which he hopes will be published in 2017.

“You go through periods as a writer where you’re learning and growing and this has been a particularly long one,” Zusak says. “People say, ‘What are you going to do when you finish this one? Have a holiday?’ and I say, ‘No, I’ll be writing another book straight away,’ because that’s what you have to do. It’ll be nice to write something totally fresh again. We’ll see. Hopefully, the ten-year drought is nearly over.”

The author is only visiting 10 U.S. cities on this tour and says he’s always wanted to see Iowa. He’ll appear Sunday at 5 P.M. at the Hotel at Kirkwood Center in Cedar Rapids. The event is free but pre-registration is requested at: www.eventbrite.com/e/linn-area-reads-markus-zusak-tickets-21114501041