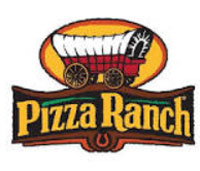 A restaurant chain based in northwest Iowa has been linked to a food poisoning outbreak in at least nine states.

The Centers for Disease Control and Prevention confirmed 13 people who were sickened by E. Coli reported they ate at a Pizza Ranch restaurant prior to becoming ill. Health officials have declared the E. Coli outbreak has come to an end.

Officials with Pizza Ranch, based in Orange City, say their independent testing on different products found no problems but the restaurant has temporarily discontinued the use of a dough mix from an ingredient supplier that may’ve been a factor in the outbreak.

Pizza Ranch has more than 180 locations in 13 states, including restaurants in more than 75 Iowa towns and cities.