You are here: Home / News / Irish pol in Iowa for St. Patrick’s events talks of global rise of ‘extremism’ 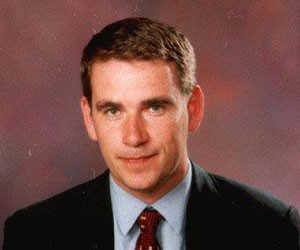 An Irish politician who’s in Iowa today is offering his perspective on our country’s presidential race.

Deasy has been a member of the Irish Parliament for 14 years. Earlier in his career, Deasy lived in the U.S. for 11 years and served as an aide members of the U.S. House and Senate.

“I’m an American history graduate and I think about the progressive moderates in American history — Teddy Roosevelt and Abraham Lincoln, etc.,” Deasy said. “I’m not going to lecture Americans about their political system, but I envy some Americans with regard to the choice they may have in November, sometimes.”

Deasy made his comments in speeches before the Iowa House and Senate. Deasy is in Iowa as a special guest for St. Patrick’s week celebrations in Emmetsburg. The community’s St. Patrick’s parade will start at 1:30 p.m. Saturday, followed by a Social Gathering of the Clans. Irish immigrants with the last names of Nolan, Neary, Mahan, Laughlin, Downey, Sylvester, Jackman, Hickey and Crowley settled in what is now the city of Emmetsburg in 1856.