You are here: Home / Education / Residents of Gladbrook-Reinbeck school district to discuss closing down 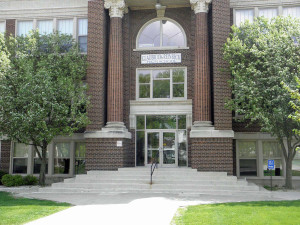 A meeting is scheduled for tonight in northeast Iowa where community members have taken the unusual step of requesting their school district be dissolved.

Just over a year ago, leaders of the Gladbrook-Reinbeck School District cited financial concerns and voted to close an elementary and middle school building. The decision to close the school was appealed and upheld by the State Board of Education.

Since then, hundreds of people signed a petition to dissolve the district and let students go to neighboring school districts. Officials say enrollment in Gladbrook-Reinbeck schools has dropped over the last decade from roughly 800 students to under 500.

The meeting at 7 p.m. at the Gladbrook-Reinbeck Junior/Senior High School gymnasium will include a representative with the Iowa Board of Education and a discussion of what dissolving the district would mean for the people in the district.