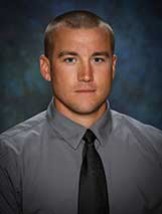 Few teams across the country have been thrown out trying to steal more than Clarke University. But the Crusaders have also swiped 51 bases and combined with a team batting average of .341 they are averaging nearly eight runs per game in a 16-8 start to the season.

“And the things that don’t show up in the stats is our extra bases and I think that is a separator for us”, said Clarke coach Dan Spain. “We don’t want the other team to be able to relax and we want to control the pace of the game.”

That aggressive style also applies at the plate. The Crusaders have slugged 25 home runs so far this season and they lead in country with 15 triples.

“We talk all the time about not giving pitches away and being ready to hit. When we haven’t hit well it is typically because we are not ready to hit early in the count or we are getting behind in the count and just giving in to the at bat.”

Clarke returns to action on Friday by opening its home schedule with a doubleheader against the College of the Ozarks.