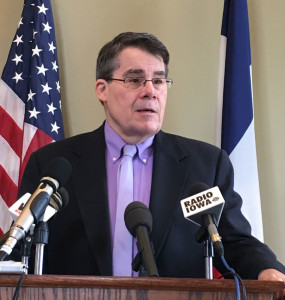 Senate Democrats have proposed a new “working group” to oversee the switch, but Republican Representative Linda Miller of Davenport says given the “intricacies” of Medicaid, that’s not the best approach.

“I think we’ve done a really good job of trying to work within the system that we currently have without creating more bureaucracy to add to the whole mix,” Miller says.

The proposal from House Republicans also calls for letting the public see much of the performance data from companies that began managing care for 560,000 Iowa Medicaid patients on April 1. It also calls for annual reports to the legislature to summarize that data.

“Iowans expect us to have oversight of the Medicaid system. It’s our job,” Miller says. “I’ve never had these reports before. I’ve never had the level of detail to make really good decisions…This will give me that.”

Senate Democrats say they haven’t reviewed the details of the GOP proposal and they don’t want to “negotiate in public.” But Senate Democratic Leader Mike Gronstal predicts action of some kind is likely on this topic. 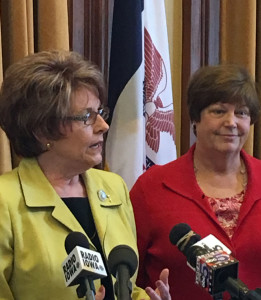 “We know we won’t get everything we think is necessary,” Grosntal says. “If they’re cooperative enough that we can get what we think is decent protections for Iowans that need these important services, we’ll probably engage in something on that.”

House Speaker Linda Upmeyer says she and her fellow Republicans want to ensure there are adequate consumer protections in place, so Medicaid patients don’t face lengthy delays when they call one of the three private companies for help in navigating the new system.