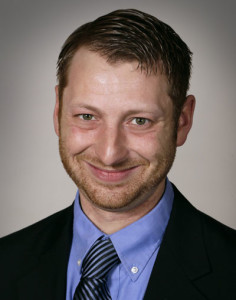 House Republicans have voted to dramatically reorganize the Des Moines Water Works Board of Trustees and dilute the influence of urban residents.

Representative Jarad Klein, a farmer from Keota, told reporters the board is “somewhat responsible for this” because it voted to sue officials in three northwest Iowa counties over management of farm chemical runoff.

“We’re targeting Des Moines because the idea here is that they have gone from a city-based utility to really a regional utility and that’s what we’re trying to make it representative of,” Klein said. “…Regardless of what they’re doing on the lawsuit, this is good policy.”

Klein raises corn, soybeans and livestock on his farm in Keokuk County and he said the lawsuit is in “very poor form.”

“I don’t think it’s very Iowan to turn around and just sue your neighbors up north,” Klein said. “We sit down and we work through issues and I wish that’s what they would have done rather than just file a lawsuit.”

Bill Stowe, the CEO of the Des Moines Water Works, called the move by House Republicans “gutter politics.” The proposal was tacked onto a wide-ranging budget bill that is now the subject of behind-the-scenes negotiations at the statehouse.