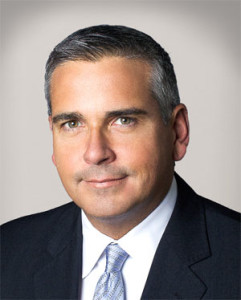 Two legislators who hammered out a plan for spending state gambling taxes say it’s time to “pivot” and “refocus” on fixing up shabby state-owned buildings.

“If we were a business, I’m not sure we wouldn’t be shut down in some of our buildings,” said Senator Matt McCoy, a Democrat from Des Moines.

McCoy is co-chair of a committee that decides how state gambling taxes in the “Rebuild Iowa Infrastructure Fund” are spent. The three public universities are getting $80 million from that fund this year.

McCoy said in future years the universities should get “zero” until the State Historical Building, the Wallace State Office Building and the moldy building at the Iowa Law Enforcement Academy are fixed or replaced.

Representative Dan Huseman, a Republican from Aurelia, is the other legislator who leads the panel that decides how gambling taxes are spent. It’s time to start “taking care of all state property, no mater where it is,” according to Huseman.

“We have a lot of issues out there across the state, hundreds of millions of dollars worth of maintenance that needs to be taken care of,” Huseman said, “and we’ve been neglecting that for quite some time.”

McCoy said he reluctantly agreed this year to use money set aside for state-owned buildings for dozens of other projects, like state grants to privately-owned nursing homes and rural YMCAs. Next year, McCoy said, that money must be spent addressing deferred maintenance in state buildings.

“The bottom line is it requires constant attention and investment and to not do so is irresponsible and it wastes tens of millions of dollars of taxpayer money,” McCoy said.

Legislators this year have set aside $10 million to replace the night-time “light-scaping” system for the statehouse and fix water damage on the capitol’s dome as well. The Iowa Senate and House have given final legislative approval to the overall plan for spending gambling taxes this afternoon.