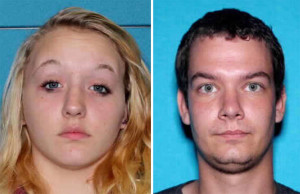 Iowa authorities are asking residents in Georgia and Florida to be on the look-out for a missing 17-year-old from eastern Iowa who may be with a convicted sex offender.

Authorities believe the teenager is with 24-year-old Micheal Brad Knuth, who is also from Washington, Iowa. Knuth was convicted of third-degree sexual abuse for a 2014 incident and a judge had ordered him not to have contact with Lloyd. Authorities believe Knuth and Lloyd are traveling in a black 2008 Mazda with Iowa license plates.