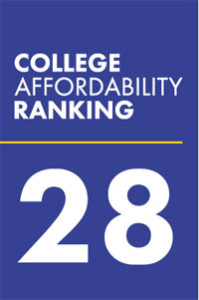 A study from the Institute for Research on Higher Education at the University of Pennsylvania Graduate School of Education finds Iowa ranks 28th for the cost of college education.

William Doyle, an associate professor at Vanderbilt, helped put together the “College Affordability Diagnosis.” He says they looked at the net price being charged to families based on their family income and compared that what families were able to pay, and the costs to attend in the cities were students attend college.

“One of the big factors is that the net prices of community colleges are relatively high in Iowa in comparison to other states. And that’s where many undergraduate students enroll,” Doyle says. “So, having these relatively more expensive institutions where a lot of Iowans are going, hurts Iowa’s overall rankings.” The report says students would have to work 28 hours a week, on average, to cover the annual costs of attending a two-year public college full time. It says those schools are even less affordable for those earning less than $30,000 a year, as families would need to spend nearly half of their family income to pay for the costs.

The Board of Regents is looking at raising tuition again at the three state universities after a couple of years of freezing tuition. Doyle says the tuition freeze sounds good, but it has to be viewed in a bigger picture. “One thing about these tuition freezes, lots of states go through this pattern where they might lock down tuition for a couple of years and then it increases quite rapidly when some difficult economic times return,” Doyle says. “Better to have moderate predictable increases, increases kind of no more than family income, increases over time so people can make plans appropriately.”

The report says Iowa provides $39 per student in need-based financial aid to those attending public institutions, compared to the national average of $474. Doyle says there’s also a large gap between the number of Hispanic and the number of white students who can afford to attend college in Iowa as the Hispanic population has grown.

Doyle says Alaska is the number one school on their list for afforability. “They way Alaska got there…institutions where most of the students go are more afforable, they are low price institutions. And also in Alaska the prices are low relative to what students and families are able to pay,” according to Doyle.