You are here: Home / Health / Medicine / U-I Dental School reports some young patients given too much laughing gas 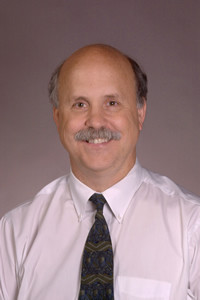 More than 100 children who had work done on their teeth at the University of Iowa Dental School this year were exposed to potentially unsafe levels of nitrous oxide.

Michael Kanellis, associate dean for patient care at the U-I College of Dentistry, says the problem was discovered on April 20 when officials started to notice an usual number of patients were either falling asleep or reporting they felt nauseous during their appointment.

“There were about five patients…it was documented in the record that we had more difficulties than we would consider normal, for example, we had a hard time arousing them at the end of the appointment,” Kanellis said. The UI’s pediatric dentistry clinic was remodeled earlier this year.

“When it opened up March 1, we didn’t know at the time that the tubing that runs the nitrous oxide and oxygen to the clinic had been installed improperly,” Kanellis said. The result was roughly 124 patients were given higher than intended amounts of nitrous oxide, also known as laughing gas, which is used as an anesthetic.

The problem was fixed on April 21 and the school has contacted the families of the patients. Kanellis believes those patients face an “extremely small risk” of longterm health effects. “To our knowledge, every one of these patients was alert and walking on their own two feet after the appointment and was back to normal,” Kanellis said. “So, we don’t anticipate longterm problems, but we have to be ultra-cautious.”

The patients who were exposed to the higher than intended amounts of nitrous oxide range in age between 4 and 16, according to Kanellis. He said the risk was limited to patients who underwent procedures between March 1 and April 20 in the Pediatric Dentistry Clinic in the Dental Science Building.