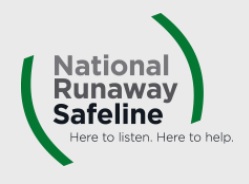 A report from the National Runaway Safeline shows a dramatic decrease in the number of Iowans calling in — both young people and concerned parents. Last year, 281 Iowans called the Runaway Safeline, a big drop from 566 calls the previous year.

Maureen Blaha, executive director of the service, says conflict in the home is the primary reason most callers reach out.

“They’re identifying abuse and that is primarily emotional or verbal abuse,” Blaha says. “From last year to this year, there was a 21% increase in young people talking about that as the main reason they have connected with us.”

The reason for the drop in calls from Iowa is unclear, but one official says it may simply equate to fewer teens on the run in Iowa and happier families.

The average caller to the Safeline is 17 years old and female. While equal numbers of boys and girls run away, Blaha says girls are more apt to reach out for help.

While the Safeline primarily targets young people, plenty of parents call in as well. Blaha says there are signs moms and dads can be on the lookout for which may be a clue their child is considering the drastic move.

“Teens that all of the sudden have stopped eating or they’re just moping in their room, have mood swings, that’s a warning sign,” Blaha says. “If there is rebellious behavior like fighting in the home with siblings or parents or grades are dropping.”

Other signs include: stockpiling of possessions or money and making threats to leave. As many as 2.8 million youth run away each year. If all of them lived in one city, it would be the fifth-largest city in the United States.

The Chicago-based Safeline is available around the clock at 1-800-RUNAWAY or online at 1800RUNAWAY.org.