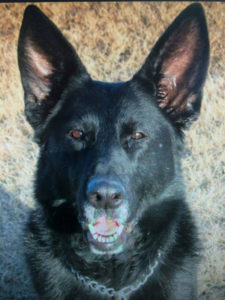 The Iowa Court of Appeals has upheld a Mitchell County man’s conviction for injuring a sheriff’s department dog.

A deputy went to the home of Gary Eggers Staceyville in March of 2014 to serve an arrest warrant and saw Eggers get out of his car and head for his house.

The deputy and his dog Winnie raced Eggers to the door. Eggers struggled to keep the deputy from getting into the house and in the process, shut Winnie’s back paw in the door a couple of times.

Winnie suffered cuts to her paw, had to have stitches, and was off duty for two weeks. Eggers was found guilty of injury or interference with a police service dog.

Eggers appealed, saying a pre-trial agreement on the charge was violated, there was not enough evidence to prove the charge, and his attorney was ineffective. The Court of Appeals ruled against Eggers on each issue, saying substantial evidence supports the verdict.