You are here: Home / Fires/Accidents/Disasters / Dump truck takes out cable for thousands in four counties 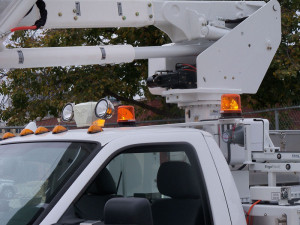 Thousands of Mediacom customers in four north-central Iowa counties were without cable television, internet and phone service from Tuesday afternoon until early this morning.

The interruption started at 1:46 P.M. Tuesday when a fiber optic cable was struck and broken by a Webster County owned dump truck spreading gravel near the intersection of U.S. Highway 169 and 130th Street southwest of Badger. The dump box on the back of the truck was raised and apparently hit the cable. There were no injuries and no other damage.

Mediacom officials say the outage affected 7,000 to 10,000 customers in Hamilton, Humboldt, Webster and Wright Counties including the cities of Belmond, Fort Dodge, Clarion, Eagle Grove, Humboldt and Webster City. Service was restored shortly before 4 this morning.