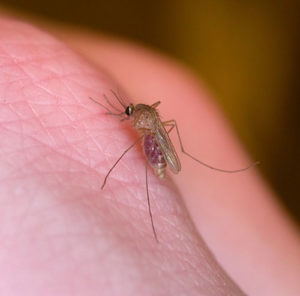 Entomologists at Iowa State University are expanding their efforts to track mosquitoes this summer to include the species carries the Zika virus.

Assistant professor of entomology Ryan Smith, says that doesn’t mean Zika virus poses a threat in Iowa. “Our focus had been targeting a different type of mosquito than those that have been implicated in Zika virus transmission,” Smith explains. “So one of the things that we are doing a little bit differently this year is trying to trap these mosquitoes in various parts of the state.”

He says they’ve been focused for 15 years on the mosquito that carries the West Nile Virus, and want to be sure the Zika carrier isn’t here. “As of right now it doesn’t appear to be that they have established themselves here. And so some of these surveillance efforts are really going to be targeting whether they are here or not,” Smith says. ” Up to this point it doesn’t really seem that they are — but we want to really know that answer to that question to really take the information to move forward and see if we can increase our control efforts.”

The Aedes variety of mosquitoes are believed to carry the Zika virus, and Smith says they operate a little different than other mosquitoes. “These Aedes mosquitoes are primarily thought to be active during the daytime, whereas the mosquitoes that are implicated in West Nile transmission — Culex species — they are corpuscular in their activity, which means they are out at dawn and at dusk,” Smith says.

Researchers use traps with lights to lure in the West Nile carrying mosquitoes, but employ a different method for the Aedes variety. “They’re traps that rely on CO2 (carbon dioxide), so they use dry ice to go ahead and emit CO2. And the CO2 is actually an attractant for the mosquitoes,” Smith explains. “So it kind of mimics, whether it is a human another type of animal, for a mosquito to come by and want to take a blood meal.”

Iowa State records show only 12 specimens of the Aedes mosquito have turned up in the state over the last 16 years. By comparison, they catch 100,000 of the more common “pest” mosquitoes in a single year.