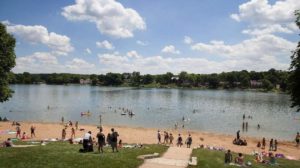 A ban on booze at some eastern Iowa beaches is moving forward. The Iowa DNR’s Natural Resource Commission voted unanimously Thursday to back a plan to ban alcohol on beaches at Lake Macbride in Johnson County and Pleasant Creek in Linn County.

The action now opens a public comment period through July 26. The actual ban, if approved later this summer, likely wouldn’t take effect until the 2017 swimming season.

DNR officials say, in recent years, they’ve responded to large fights and other rowdy activity fueled by alcohol use at both beaches located near Solon and Palo.

In the past five years, the DNR reported 371 arrests at Lake Macbride, 222 of which were alcohol-related.