You are here: Home / Human Interest / Mount Union on the verge of disolving 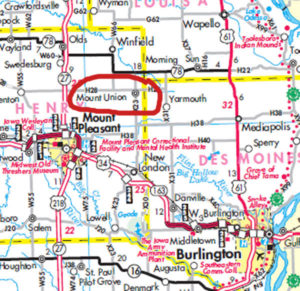 The small southeast Iowa community of Mount Union will soon be no more if voters don’t file a petition to take the city’s unincorporation to a vote.

The Hawk Eye Reports that the Mount Union City Council voted to proceed with discontinuance during a meeting last night. The Henry County city of only around 100 residents has been struggling with debt owed to the Regional Utility Service System.

That debt was accrued after a court case found the city liable for residents unpaid sewer fees, which totalled around $28,000.

Around 15 Mount Union residents, including Mayor John Marek, habitually refused to pay their sewer bills until RUSS began installing shut off valves in April. During a council meeting last month, a petition to dissolve the city was delivered to the council, citing a hostile political climate and declining population among other reasons for unincorporating.

Residents have 30 days to file a petition to bring the issue to vote.