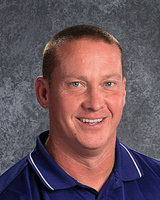 A high school baseball coach in western Iowa has been suspended following an allegation that he was drunk at a game.

Petersen, who is also a physical education teacher and head football coach at Boyer Valley, was charged with public intoxication. He’s been suspended for the rest of the baseball season.