You are here: Home / Crime / Courts / Police charge 8 people in a number of ATM thefts 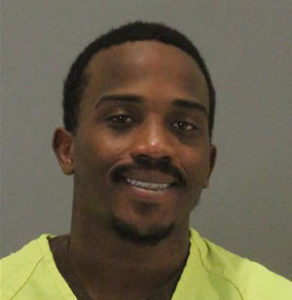 Eight suspects from the Omaha-Council Bluffs area are now charged in a series of more than 50 automatic teller machine thefts in Iowa, Nebraska and five other states.

“They’ve been working on this case and this series since 2013 putting in so many hours and just hard detective work, picking up every lead and following up,” Fricke says. “In fact, we made an arrest in 2014 but that did not stop these suspects at all.”

The suspects are all from the Omaha-Council Bluffs metro area but the thefts took place across the region. She says all of the ATM thefts employed very similar tactics. 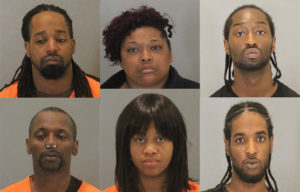 the cash from the inside,” Fricke says. “There’s been over 50 that we’ve followed in this series.” It took a few years to catch all of the suspects but Fricke says this case should serve as an example to all thieves that the law -will- find you, eventually.

“We use a lot of video in these cases,” she says. “We’re following up with DNA, with witnesses. Everything is trackable and anything that you might use or have, we may get access to and use that to help solve our cases.”

The suspects range in age from 24 to 57 and are identified as: Darnell Gordon, Lyle Gordon, Wakonda Hazel, Brenis Vaughn, Kentrell Reed, Bajah Pittman and Isaiah Brown. The first suspect arrested, Larry Gordon, was charged in 2014. Additional indictments are expected.