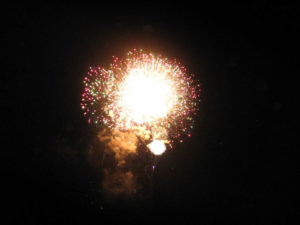 The Fourth of July brings baseball and fireworks together and Iowans will have several chance to catch both on Monday. The Iowa Cubs will have a fireworks display following their game against the Omaha Storm Chasers.

The Clinton LumberKings will have fireworks following their Midwest League game against the Burlington Bees.

“I think it is kind of like Thanksgiving and pro football”, said Clinton General Manager Ted Tornow.

The Midwest Leagues gives every team the opportunity to play at home on the third or the fourth and Tornow says the holiday fireworks show is typically the largest crowd of the season.

“Except for last year it was displaced by our Star Wars jersey night, which was a little bit unusual. The Clinton Fourth of July Festival has done a great job and that has really boosted our attendance the last five years.”

The Quad Cities River Bandits will have fireworks at Modern Woodmen Park following their game against Beloit.

“I think I am a little partial”, said River Bandits General Manager Andrew Chesser. “I always say opening day is my favorite day of the year by the Fourth of July is a close second.”