You are here: Home / News / Ernst meets with Trump; Grassley says she’d be a good VP 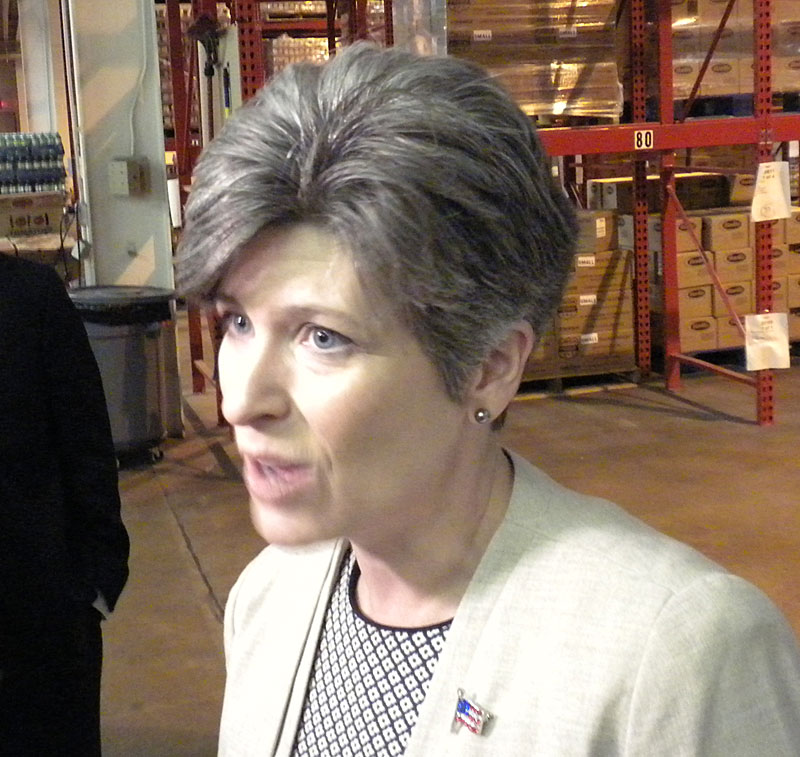 Republican presidential candidate Donald Trump met on Independence Day in New Jersey with potential running mate Iowa Senator Joni Ernst. In a statement, Ernst said she and Trump had a good talk and discussed concerns Iowans have about the country’s direction.

Iowa’s other U.S. Senator, Chuck Grassley says Ernst has what it takes to be a good vice president.

“Without a doubt, she has shown herself in one-and-a-half years in the United States Senate to be an outstanding leader, especially considering the fact she’s new to the Senate,” Grassley says. “She’s jumped right in and has made a big difference.”

Grassley notes Ernst, a Republican from Red Oak, is the first woman in the Senate who has military combat experience. Ernst served as a lieutenant colonel in the Iowa National Guard until she retired in 2015.

He says Ernst would also bring the White House a rural American background and a knowledge of agricultural policy.

Grassley says, “One thing that Trump as a president is going to need, I suppose anybody that’s never served in the Congress kind of needs this, but he especially needs somebody who can work with the Congress and she’s shown the ability to work.” During a conference call with reporters, Grassley was asked if it would be a good career move for Ernst, since Trump has a polarizing impact on many voters.

“That’s a personal decison on her part,” Grassley says. “I think you’ve got to think of her as being a public servant and serving her country as she did in the military. There’s nothing more polarizing than the United States Senate, from the extreme right to the extreme left, and if she can work in that environment, she can work.”

Others who are said to be on Trump’s VP list include New Jersey Governor Chris Christie and former House Speaker Newt Gingrich.

Ernst released this statement after the meeting with Trump:

“Iowans are frustrated by the current direction of our country – and we simply cannot afford to continue these failed policies under Hillary Clinton.

“I had a good conversation with Donald Trump today and we discussed what I am hearing from Iowans as I travel around the state on my 99 county tour, and the best path forward for our country.

“I will continue to share my insights with Donald about the need to strengthen our economy, keep our nation safe, and ensure America is always a strong, stabilizing force around the globe.”