You are here: Home / Sports / Harrison Barnes back in Iowa after life changing week 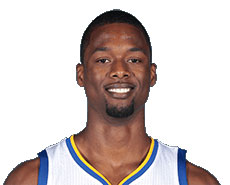 The former North Carolina standout signed a four year, $94 million  contract with the Dallas Mavericks and was also named to the U.S. Olympic squad.

Barnes is in his home state conducting youth camps and spoke with KCRG-TV in Cedar Rapids about his decision to leave Golden State.

“After the Durant signing I knew I had to find a different team”, said Barnes. “I think what Dallas presents with a great culture and a great team it will be a great opportunity.”

After falling short in the NBA Finals against Cleveland, Barnes hopes to earn a gold medal this summer. He will be part of the U.S. Olympic team that will compete in Brazil.

“It is a once in a lifetime deal to represent your country and compete for a gold medal. Those are things you dream about.”