You are here: Home / Fires/Accidents/Disasters / Son of former Webster City lawmaker back in Iowa recovering from illness 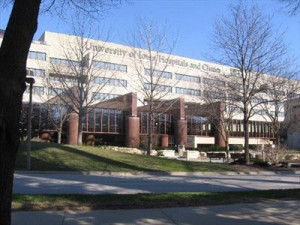 An infant who’s the son of a former Iowa legislator has been released from University Hospitals in Iowa City after being treated for a life-threatening illness he contracted while in Costa Rica.

“There just aren’t enough beds, there just isn’t enough equipment, there just isn’t enough doctors here to take care of all of these kids,” Bailey says. Max was born June 5th in a hospital in Costa Rica, where his parents have been living and working in recent years, and he soon developed breathing troubles. The flight from that Central American country to Iowa City was extremely expensive for the infant and his mother, Jessica Bailey.

“We really made a plea for help with our Go Fund Me page,” Bailey says. “The flight cost $42,000 and we are totally overwhelmed and blessed and humbled.” Donations on the website have raised more than 20-thousand dollars. Since being released from the hospital, Max and his mother have been spending time with family members in Webster City, where they used to live.

McKinley Bailey was a member of the Iowa House from 2006 to 2010. He plans to join his wife and family in Iowa soon and says they plan to return to live in America.