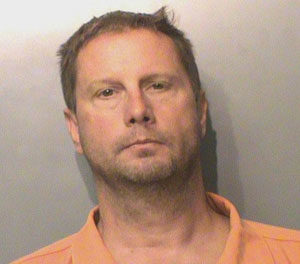 A central Iowa man and a Minnesota woman are facing charges in a human trafficking case.

“This case is very disturbing,” Bracelin said. “Our hearts go out to the family of the victim and the victim.” According to Bracelin, the father of the girl alerted police in Minnesota to the case.

Williams was arrested at his home in Runnells last Thursday, while 48-year-old Cynthia Mitteness was arrested in Mayer, Minnesota.

“The investigation is ongoing, but as of right now, the charges indicate that she was fully aware of what was going on and present,” Bracelin said. Williams, who is a convicted sex offender, is charged with human trafficking, sexual exploitation of a minor, lascivious acts with a child and enticing a minor.

Mitteness is facing the same charges, as well as neglect/abandonment of a dependent.