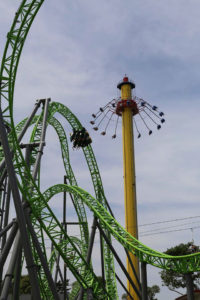 A new “thrill ride” at a popular central Iowa tourist attraction has been shut down.

The Monster is a steel track roller coaster that sends riders through five inversions and features a 101-degree first drop. It opened at Adventureland Park in Altoona in early June, but was closed this week due to “some unexpected maintenance,” according to park officials.

Initially, it was announced the coaster would be closed on Tuesday and Wednesday only — but now, officials say The Monster will be idled though Friday and possibly longer.

A post on Adventureland’s Facebook page says they’re “having some parts machined and it will unfortunately take more time than anticipated to have them manufactured, delivered and installed.”