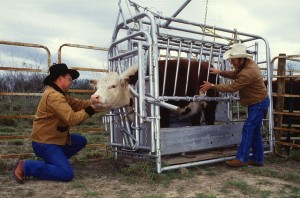 The Iowa Cattlemen’s Association (ICA) is concerned with changes the CME Group is making to cattle futures contracts.

One of those changes is the addition of a seasonal discount of $1.50 per hundredweight on cattle delivered to the Worthing, South Dakota delivery point.

The discount will be effective with the October 2017 contract, which will be listed on August 22. ICA CEO Matt Deppe says that action will create a “marketing disadvantage” for Iowa cattle feeders.

“Especially FOR our northwest Iowa feeders who utilize the Worthing delivery point as a marketing tool, as well as the cattle futures contract,” Deppe says. The decision, according to Deppe, “feels like a mandate” on how and when people should feed cattle for market. Deppe also believes the move may decrease cash negotiated trade in the upper Midwest.

“There could be high likelihood that feeders in not only northwest Iowa, but also northeast Nebraska, don’t utilize that contract, which would limit the volume,” Deppe says, “and we all know that the most deliveries, in terms of a percentage of deliveries, take place in Worthing as an individual point.”

A news release from CME said the discount will better align delivery values with cash market prices and result in little or no impact on local cash cattle prices. In the same release, CME said it will also consider moving to a cash settled live cattle futures contract if price discovery and cash negotiated trade in the cattle industry do not increase.