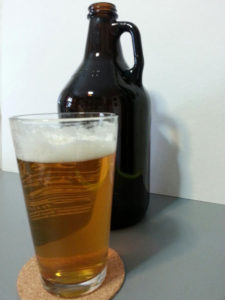 Governor Terry Branstad has ordered a study of the state’s laws governing the regulation of alcohol. Robert Bailey is spokesperson for the Iowa Alcoholic Beverages Division.

“We would like to see efforts made to cut red tape, make it easier for licensees to do business and have opportunities,” Bailey says. A working group will begin its review in September with the goal of providing recommendations to the Governor in January. Bailey says many other states are altering their laws regulating alcohol to keep up with changes in the industry and in technology.

“They’re approaching their laws and trying to modernize them a bit because these laws were first written with the appeal of Prohibition and they haven’t changed a lot since,” Bailey says. Craft beer brewers, wine makers, and distillers in Iowa have been calling for changes to the regulations that they say have limited growth in their businesses.

Branstad has assigned Debi Durham, director of the Iowa Economic Development Authority, and Stephen Larson, administrator of the Iowa Alcoholic Beverages Division, to lead the working group. Bailey says there will be plenty of chances for all interested parties to present ideas.

“There’s no agenda, from our perspective. No one will be shut out and these will be public meetings,” Bailey says. “We simply want to get people to the table and hear some suggestions. Our ultimate goal is to reduce red tape and just make it easier — not only for licensees to get a license, but make it easier for us to regulate.” Bailey is also hoping public safety officials and substance abuse counselors will take part in the discussion.

“Alcohol is technically a drug and regulating it is different than regulating other commodities,” Bailey says. “We do want to make sure that whatever we do keeps our communities safe and healthy.” A news release from the governor’s office, announcing the review of the state’s alcohol regulations, suggests “some pillars of existing law — such as the three-tier system that maintains separation between manufacturers, wholesalers and retailers — must remain.”