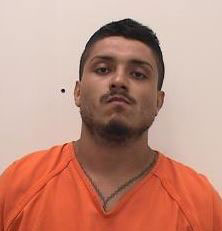 A Sioux City man is jailed in Clarion after he allegedly set a house on fire early Tuesday morning.

Twenty-one-year-old Luis Antonio Huerta Valdez is charged with first-degree arson after setting fire to the house in the 1000 block of South Commercial in Eagle Grove. When police and firefighters arrived, they assisted the residents of the house as they jumped from second story windows.

A total of 11 people, including two police officers and a firefighter, were transported to area hospitals for treatment of injuries ranging from smoke inhalation to severe burns. Bond for Huerta Valdez was set at $100,000. The State Fire Marshal’s office has been called in to assist Eagle Grove authorities to further investigate the cause.