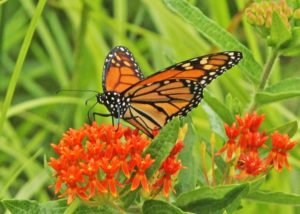 Insects that pollinate crops are vital for Iowa’s agriculture industry, but many species have been dying in large numbers in recent years.

The U.S. Fish and Wildlife Service is trying to change that. The agency’s Gary Van Vreede says they’re trying to help various groups improve the habitat for pollinators like bees and butterflies. 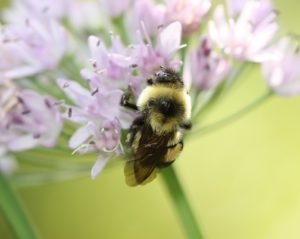 He says insecticides and other chemicals are taking a toll on honey bees and monarchs.

“It’s been a huge problem and the decline in the number of pollinator species has been astronomical,” he says. “We’re doing whatever we can to help them out.”

When Iowans put new plants in the ground, he’s asking they keep the bugs that pollinate crops in mind as it doesn’t take a lot of nectar-producing plants to make a big difference.

“Having these little stop-over areas is very important,” Van Vreede says. “They don’t need a big area like a lot of grassland birds. As they’re moving along and traveling along, these little spots can provide a lot of benefit.”

Iowa has some 4,500 beekeepers who manage more than 45,000 colonies of honey bees. Those bees produce about 4-million pounds of honey annually, valued at over $8-million.

Honey bees are also responsible for the pollination of many Iowa crops, as well as home gardens and plants eaten by wildlife. The economic value of honey bees as crop pollinators in Iowa is estimated at $92 million a year.