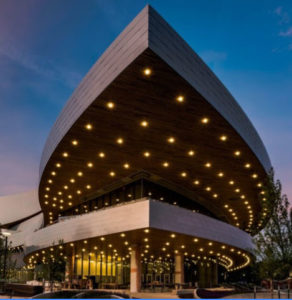 A ribbon cutting ceremony is planned for this afternoon at the University of Iowa’s new Hancher Auditorium.

The $176 million performing arts center replaces the original Hancher which was inundated by floodwaters in 2008. Tours of the new 18-hundred seat Hancher will be given during open houses tonight and Sunday afternoon.

Cline says ticket sales have been strong for upcoming events, including the September 29th appearance of saxophonist David Sanborn, a University of Iowa grad.