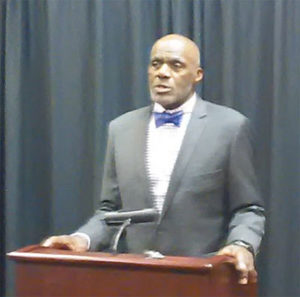 Page talked about the rioting in Charlotte, North Carolina in the wake of a black man being shot to death by police. He says people have a tendency now to take action without knowing all the details.

“Nobody has time to figure out and take the time to figure out what happened,” Page says. “We have as a society gotten to the point where we ruse to judgment and form opinions that may or may not be right based on not having all the facts.” Page, who is black, says people of color are still treated differently when they are arrested by police. He cited a 1993 Minnesota Supreme Court study.

The former NFL great questioned if the sport can continue as it is. “Our we as a society going to continue to watch football as a sport? Are we going to continue to have football as a sport?” Page asked. “Because I don’t quite frankly know how you eliminate the type of injuries we see on a regular basis. Traumatic brain injuries are just one of them.” Page says while everyone plays with pain in the NFL, some of the injuries are “life altering.”

“Some people are very good at playing with pain. Some people will try to play with injury. There’s a difference between injury and pain. Fortunately over high school, college and my professional football career, I never had a significant injury,” Page said. Page was the keynote speaker at the Siouxland Chamber of Commerce’s annual dinner in Sioux City last Thursday.